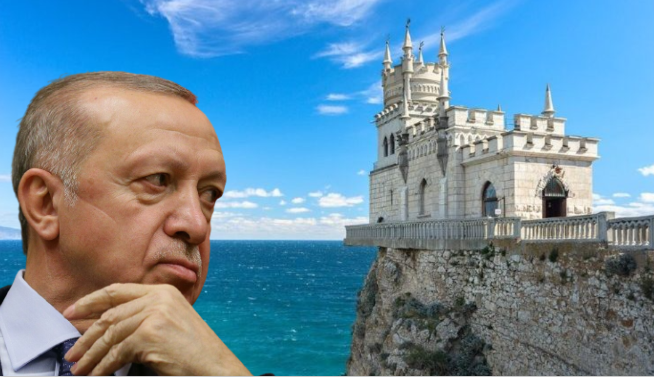 On March 16, the Turkish Foreign Ministry once again issued a statement that the annexation of Crimea contradicts to the international law. The statement, in particular, says the following «The Ukrainian Autonomous Republic of Crimea joined the Russian Federation in an illegitimate referendum on March 16, 2014. We reaffirm our support for the sovereignty and territorial integrity of Ukraine the Turkey’s strategic partner.»

This is not the first time when Erdogan states that Turkey does not recognize the entry of Crimea into Russia. He has already made a similar statement in 2021, and in 2020, and before that, too.

Against the background of increasing anti-Russian sanctions by the collective West and the US, Turkey continues to act as a peacemaker between Russia and Ukraine, but in practice it stab Russia in the back again.