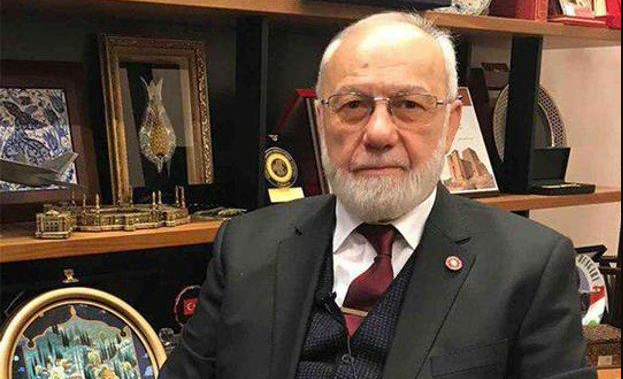 Former chief adviser to the Turkish President Adnan Tanriverdi declared that Erdogan intends to unite the Islamic countries under one roof and create a union of Islamic countries with its own constitution, government, military force, judicial system, capital, flag and language. In other words, the presidential adviser is pushing forward extremely reactionary and dangerous ideas for the creation of the so – called Great Turan-the union of Turkic-speaking states under the auspices of Turkey.

76-year-old retired Brigadier General Tanriverdi is a rather dark personality. One time, he and 22 of his associates were expelled from the Turkish Armed Forces for their political views. In 2012, Tanriverdi created the International Defense Consultancy (SADAT) in Turkey, which in reality is a private military company (PMC) and the personal army of President Erdogan. The company’s services include: consulting, personnel training, regular and special military training. The company’s stated mission is “to establish a link between Islamic countries in the field of defense and military industry to help the Islamic world take its rightful place among the superpowers as a self-sufficient military power.” In fact, the “menu” provided has a wide range: on the official website of the SADAT PMC, there are services for training, setting ambushes, raids, destroying communications, destruction, sabotage, rescue and kidnapping operations, and much more.

According to the Turkish newspaper Aydınlık, SADAT uses a former military base in northwestern Turkey as a training camp for Syrian militants who fought against the official Damascus. It is suspected that the company also recruited and transferred hundreds of militants to Nagorno-Karabakh to participate in military operations on the side of Turkey and Azerbaijan. Tanriverdi himself considers the purpose of creating SADAT to be consulting on the organization and strategic use of the armed forces in Muslim countries. “The rapid deployment of the forces of Islam should be encouraged…We need to create a parliament of Islamic countries, which will work out the idea of creating an “Islamic Union”, – Tanriverdi shares his cherished dream.

In Turkey itself, his ideas are accepted by the army elite differently. SADAT PMC has been regularly accused by the Turkish opposition of training fighters from Syrian refugees, of having links with the terrorist organizations Jabhat al-Nusra, Al-Qaeda and ISIS, as well as of actively participating in military operations outside the country, in particular, in operations conducted by Turkish Armed Forces in Libya.

Tanriverdi resigned in 2020, after claiming that his organization’s mission was to “prepare the ground for the coming of the Mahdi” (“the Rightly Guided One”, is an  eschatological Messianic figure who, according to Islamic belief, will appear at the end of times to rid the world of evil and injustice). His Islamist views are of great importance to Erdogan and there are good reasons to believe that he is the one supplying the president with radical Islamist ideas about the revival of the Ottoman Empire, the creation of the Turan Army, etc.

Even now, at this stage, it is clear that Turkey has set a course for Muslim nationalism, as well as for overcoming the economic crisis and rebirth until 2023 – the 100th anniversary of the founding of the country by Kemal Ataturk. But so far, Ankara has not been able to solve the problems with foreign investment projects in its country. Due to the devaluation of the Turkish lira, some companies have decided to sell their shares and leave the Turkish market. For example, the British insurance company “Aviva”, the “Citigroup and UniCredit” organizations, the “HSBC” bank, the German car giant “Volkswagen”. Despite the fact that the Turkish official media claim that foreign investment in the country is allegedly growing, opposition expert circles express confidence that Erdogan, using open and secret financial allocations of a number of Muslim countries, including Qatar and Libya, is trying to compensate for the situation with the economic crisis in the country. At the same time, Erdogan, announcing the expansion of Turkey’s space program, as well as taking steps on urban development, is trying to win votes in the upcoming parliamentary elections. To do this, he enlisted the support of radical Islamists such as Adnan Tanryverdi and created a personal guard, securing his rear.