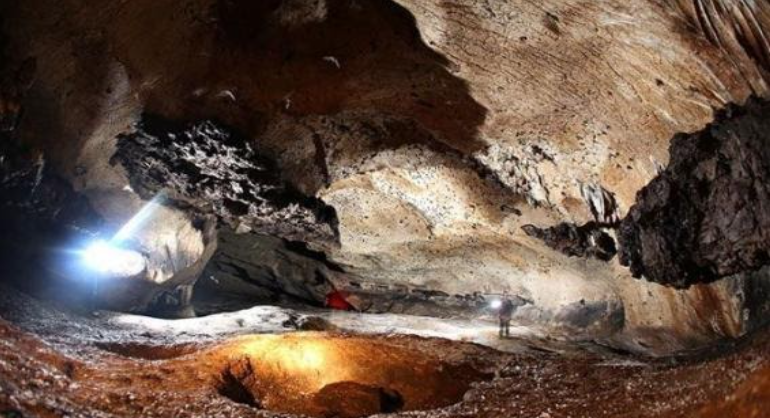 On March 16, after visiting the village of Azokh in Artsakh (Nagorno — Karabakh), President Ilham Aliyev decided to visit the local landmark- the Azokh Cave. Then Aliyev declared this: «The Azykh cave (as Aliyev pronounced the word «Azokh») was discovered in 1960 by Azerbaijani scientist, archaeologist Mammadali Huseynov. This is one of the oldest human settlements in the world, it belongs to the history of Azerbaijan, it is our historical heritage. Armenia illegally carried out work in this cave, illegally invited scientists from abroad. They caused great damage to this cave, our historical heritage. They will make up for all this damage. We’ll make them do it.»

Aliyev goes on to say: «We have conquered this summit. We will conquer all the peaks. There is no summit that we cannot conquer. Let us say together: «Azkh is Azerbaijan!» and «Karabakh is Azerbaijan!». And at the same time, the sorrowful historians of the Aliyev Family, for example, someone who had grown fat on the Aliyev kharchasl, Niftaliyev — «Doctor of Philosophy in History» (a new degree, probably invented by Aliyev), began as submissive dogs, give their whiskers to their master about the ostensibly ancient Azerbaijani land (which did not exist on any old maps) and «cultural heritage» of the Azerbaijani people.

We’re not here to discuss the ethical side of falsification by historical scientists — still useless. Science is the same everywhere and does not tolerate fraud. Let us just note that in almost every area of the Earth there are remains of times of Stone Age, ancient places where the primitive man has left his cultural mark. To speak of the Stone Age in terms of nationality or membership of an ethnic group is a dilettante approach towards the academic community. Consequently, Aliyev’s statement is intended to distort history and attribute to his new nation a cultural heritage unrelated to it. President Ilham Aliyev once again gives an interview in his personal foolish and cynical manner. Foolish in the sense that the squalid attempts to grasp at someone else’s misdeeds are unworthy of the leader of the country and resemble the museum history with the «ancient Azerbaijani map» on which the President did not find the «State of Azerbaijan», but saw the State of Urartu and the Armenian city of Sisian, taking all his anger at the museum staff and immediately ordering his «scientists» to mend the story again. 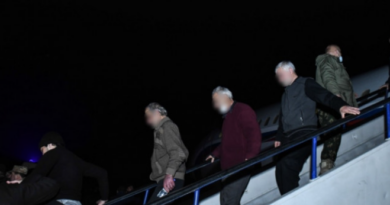