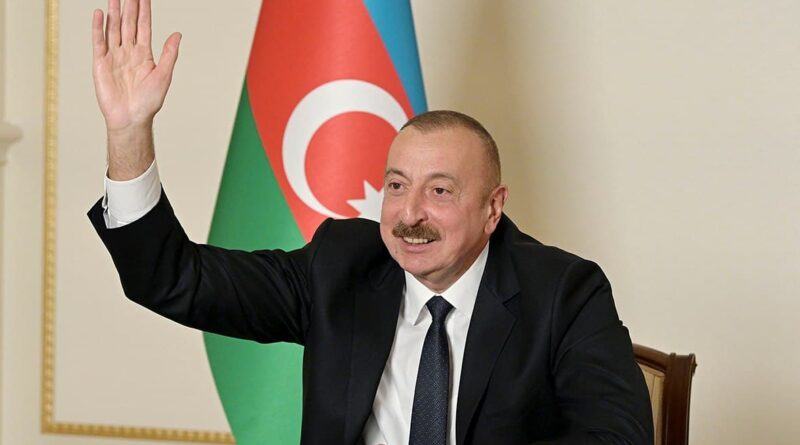 On February 26, at a press conference with the foreign press, Azerbaijani President Ilham Aliyev declared his readiness to normalize relations with Armenia. “Of course, if everything goes exactly as we think, we do not exclude the signing of a peace treaty at some stage, because the statement of November 10, 2020 de facto is essentially a peace treaty,” stated Aliyev.

However, before that, I. Aliyev multiple times reported on the refusal to return back 62 Armenian soldiers, calling them not prisoners of war, but terrorists. Then, at the summit of the Economic Cooperation Organization on March 4, Ilham Aliyev shared a plan to force Armenia to open a transport corridor through Syunik.He made a provocative statement that “the new transport corridor, which will pass through the historical territory of Azerbaijan Zangezur (Syunik) and connect the main part of Azerbaijan with the Nakhichevan Autonomous Republic and Turkey, will open up new opportunities in the transport sector of the region”. Aliyev also remembered the “Zangezur corridor” at the seventh congress of the ruling Yeni Azerbaijan Party, by reminding about the “readiness to cooperate”. “How many times have the deputy Prime Ministers met? Now Armenia refuses to cooperate. Now Armenia wants to prevent the implementation of the Zangezur corridor. But they won’t succeed. We will force them”, stated Aliev.

Historical Syunik – one of the 15 regions of Greater Armenia was and is an indivisible part of Armenia within its internationally recognized borders. Calling the Syunik region “the historical territory of Azerbaijan – Zangezur”, which was sharply criticized by the Armenian Foreign Ministry, Aliyev most maliciously negates the peace agreements and the signed trilateral statement of the heads of state of Russia, Armenia and Azerbaijan. It is interesting what kind of history Aliyev is boasting of? Maybe he means the history of his artificial state, created only 103 years ago?

The head of Azerbaijan is trying to legitimize the thesis he invented “The Zangezur corridor”, which was originally formulated as the “Nakhichevan corridor”.These attempts are aimed at further deepening the distortions of history in order to implement the pretentions to the native Armenian Syunik region (Zangezur). The threats and tone of coercion against Armenia in anticipation of a firm response from Yerevan, which could become a pretext for the escalation of new tensions, demonstrate this.

Linking the problem of the return of Armenian prisoners of war to territorial issues and its apparent politicization should be condemned by the international community. This creates conditions for further manipulation and bidding, and is a gross violation of international human rights law.

It is time for Aliyev to decide what he wants: peace or war?